KLay Force is an implementation of the force-based layout approach where edges are regarded as springs pulling together the nodes they connect, while unconnected nodes are pushed apart from one another. The objective is to compute a state where this physical system reaches an equilibrium.

This page describes the available layout options as well as the general architecture of the algorithm.

The architecture basically consists of two chunks: the graph model and the actual implementation of the algorithm.

KLay Force uses a custom, lightweight graph model whose root is the FGraph class. FNode instances are connected through FEdge instances that, to be routed properly, can have FBendpoint instances. Edges and nodes can have a number of FLabel instances. Nodes, labels, and bend points are considered FParticles since they exert forces on each other. The following is a class diagram of the basic graph model: 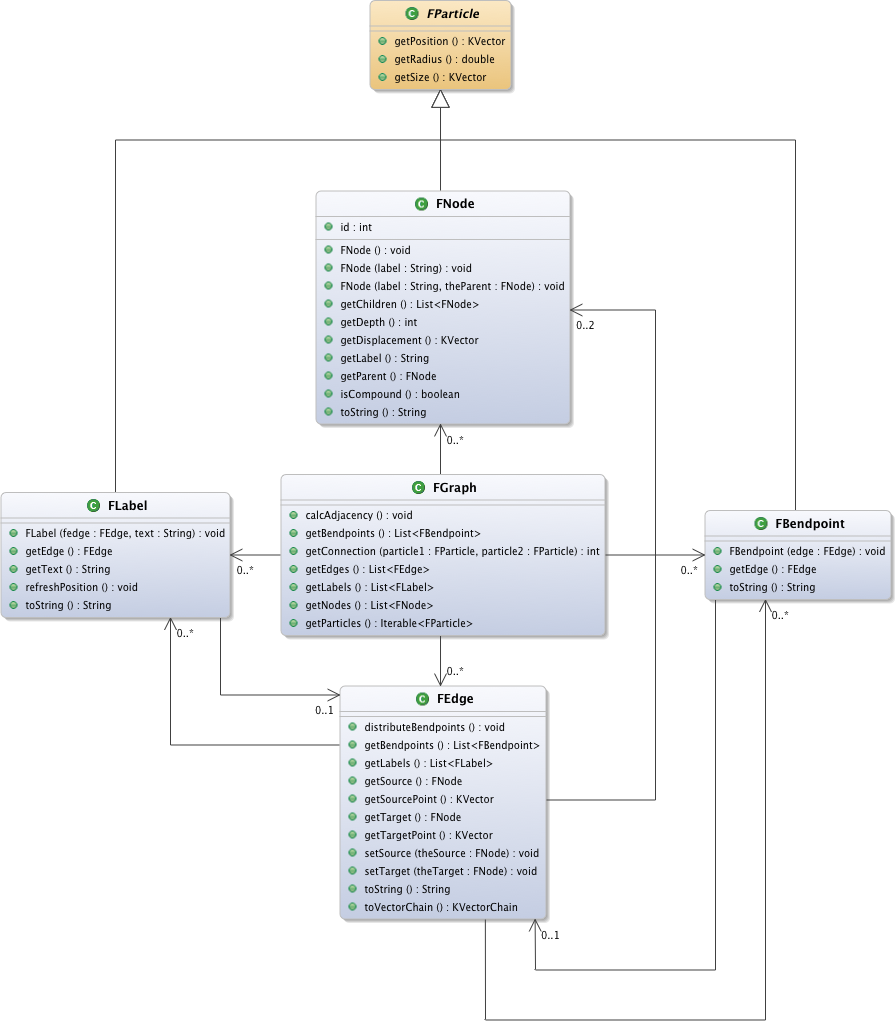