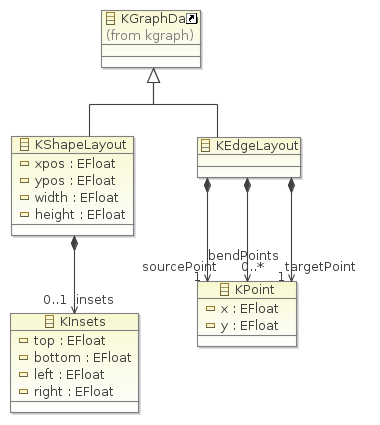 The KShapeLayout information is used for nodes, labels, and ports. It stores the position coordinates of the top left corner of the corresponding graph element as well as the size of its bounding box. Nodes may contain nested sub-graphs represented by their children reference; these child nodes are drawn inside the parent's bounding box respecting a certain border given by the KInsets object. The KEdgeLayout information is used for edges. It stores the position coordinates of the points where an edge touches its source node and its target node as well as the bend points.

The meta model and generated data structure is contained in the plugin de.cau.cs.kieler.kiml.

Graph elements have the following reference points for their position: 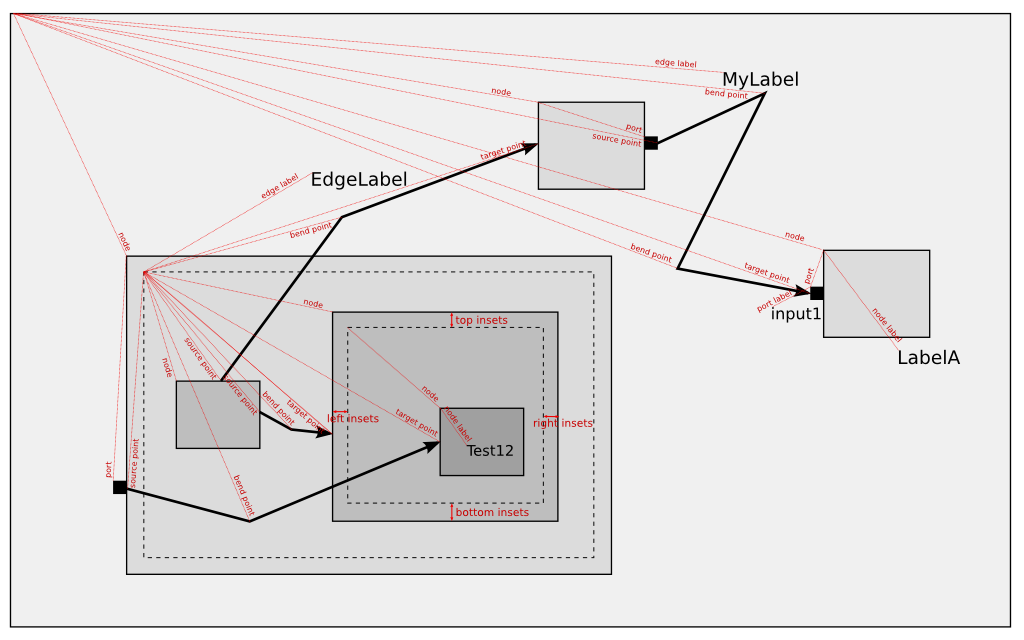 A larger example that uses the KGraph with layout data for automatic layout is found in standalone/LayoutTest/src/test/layout/Test.java.