For KIELER, a central authoritative Git repository is hosted on the KIELER project management server. The typical workflow of a developer is to first commit his source code changes into his local repository before pushing them to the authoritative repository on the server. The KIELER source code management process aims at always having a master branch which can be considered release-ready. This is done by shifting the main KIELER development away from the master branch to feature branches. The following classes of branches are defined: 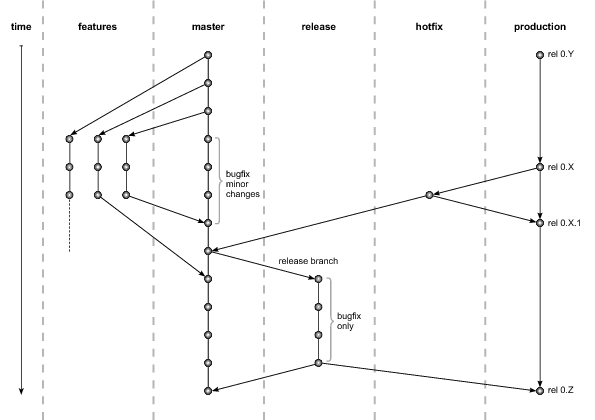 How to use branches

As we now know which kinds of branches there are in KIELER,  we will now learn how to use them