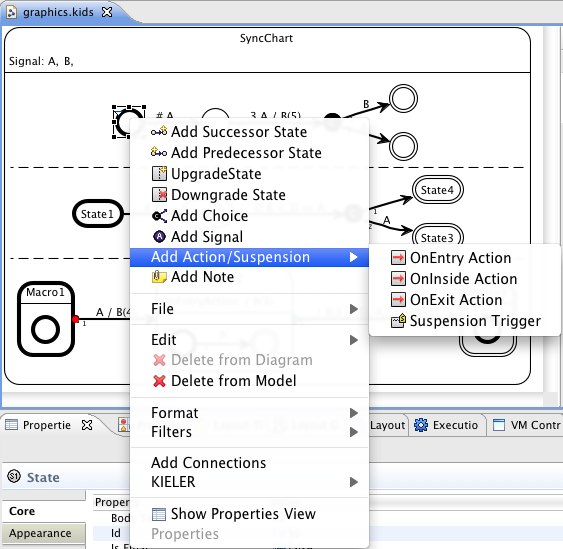 The Palette is only there for old-style drag-and-drop editing. It is discouraged to use the palette to insert states and transitions. Better use the context menu as described above to edit the diagram with Structure-Based Editing operations. It will also automatically use auto-layout to get a nice graphical layout of the diagram. 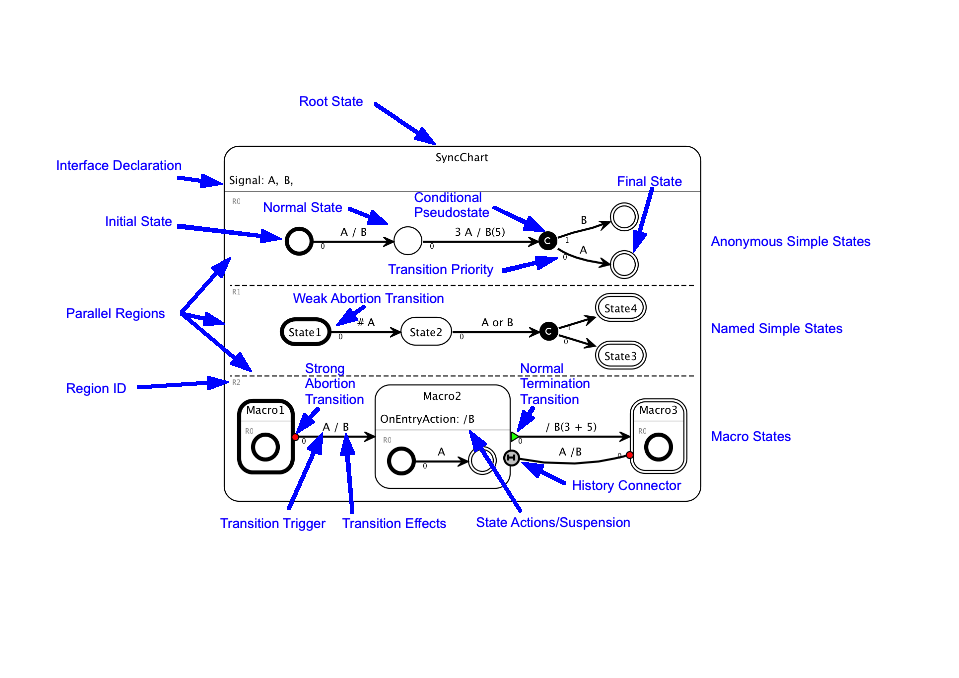 Trigger are boolean expressions over Signals and value comparisons that guard actions and transitions. They can comprise the following elements:

If the action label syntax is not expressive enough, you can escape to any host-language, e.g. C, Java or whatever syntax.

Differences to the original SyncCharts