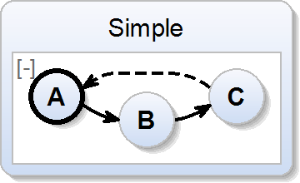 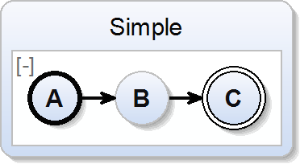 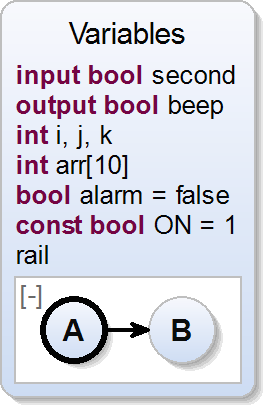 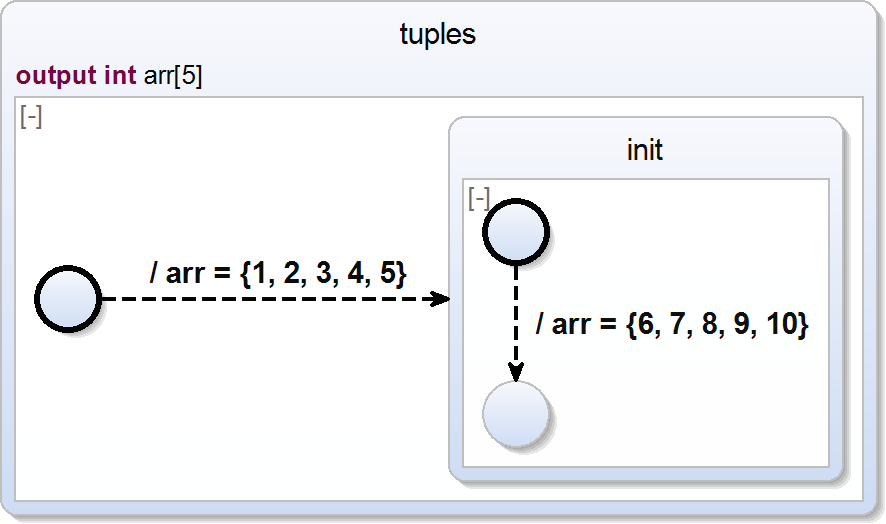 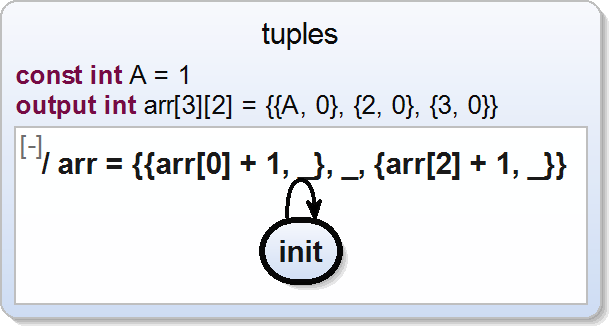 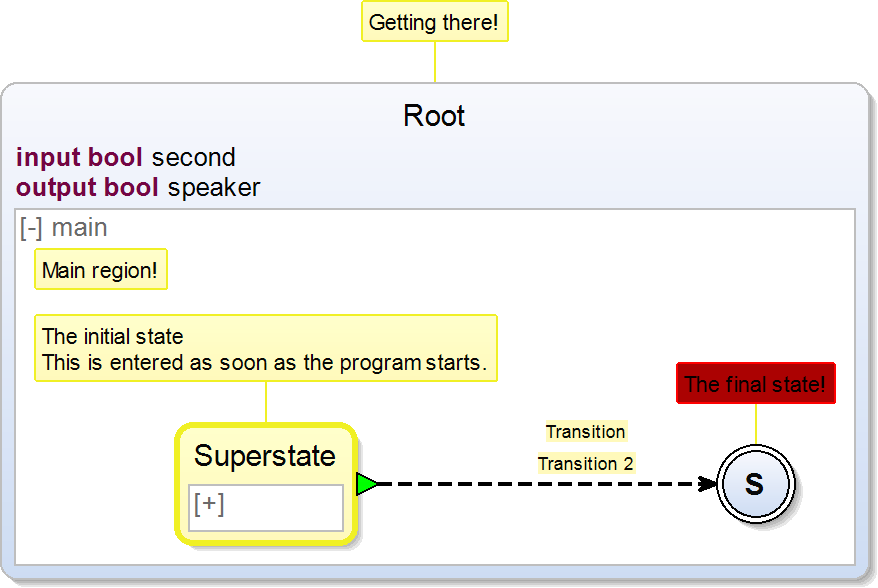 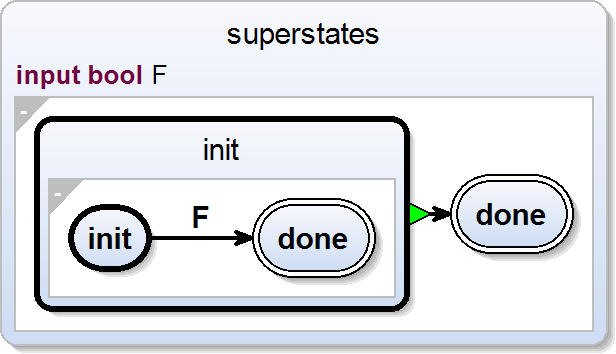 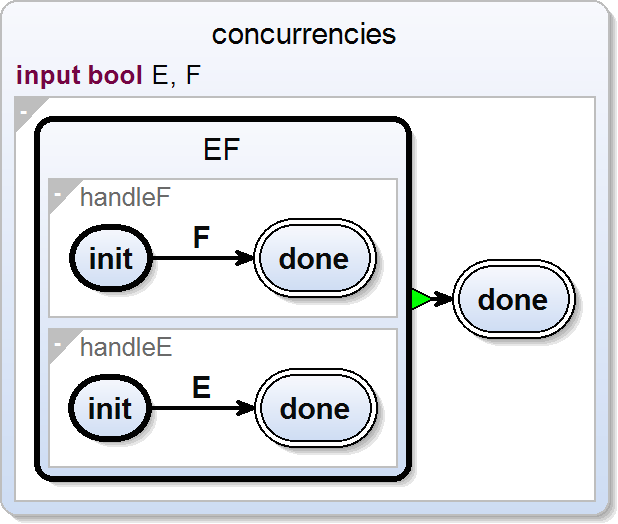 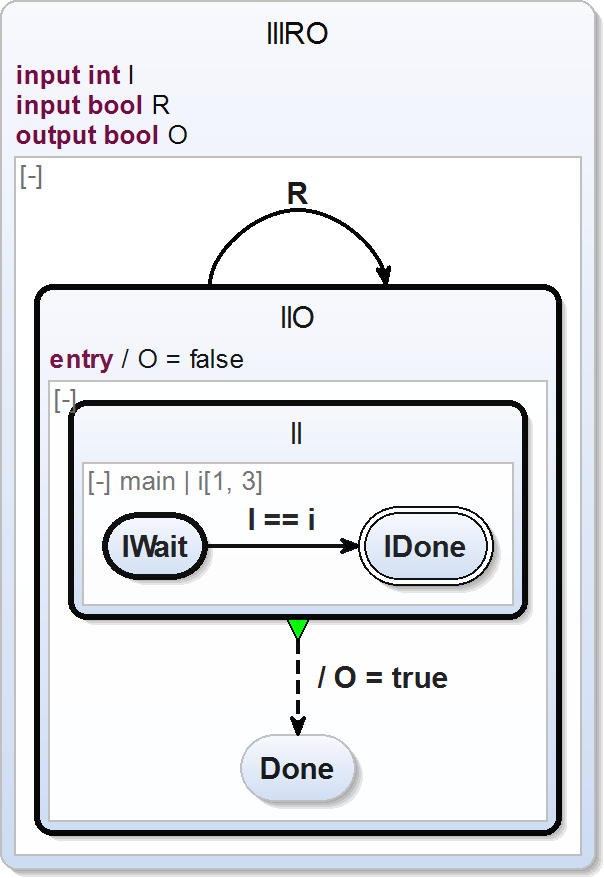 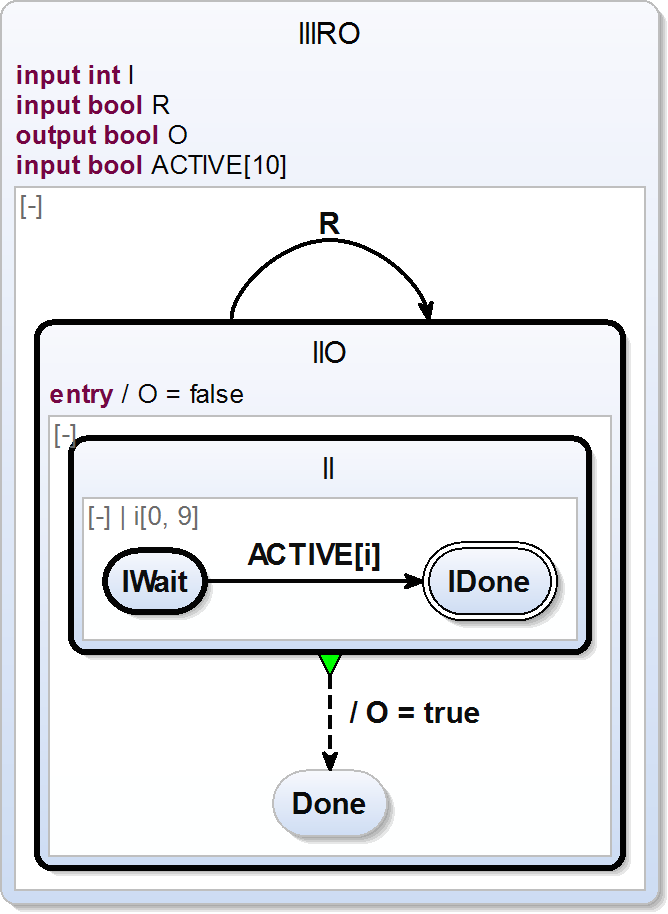 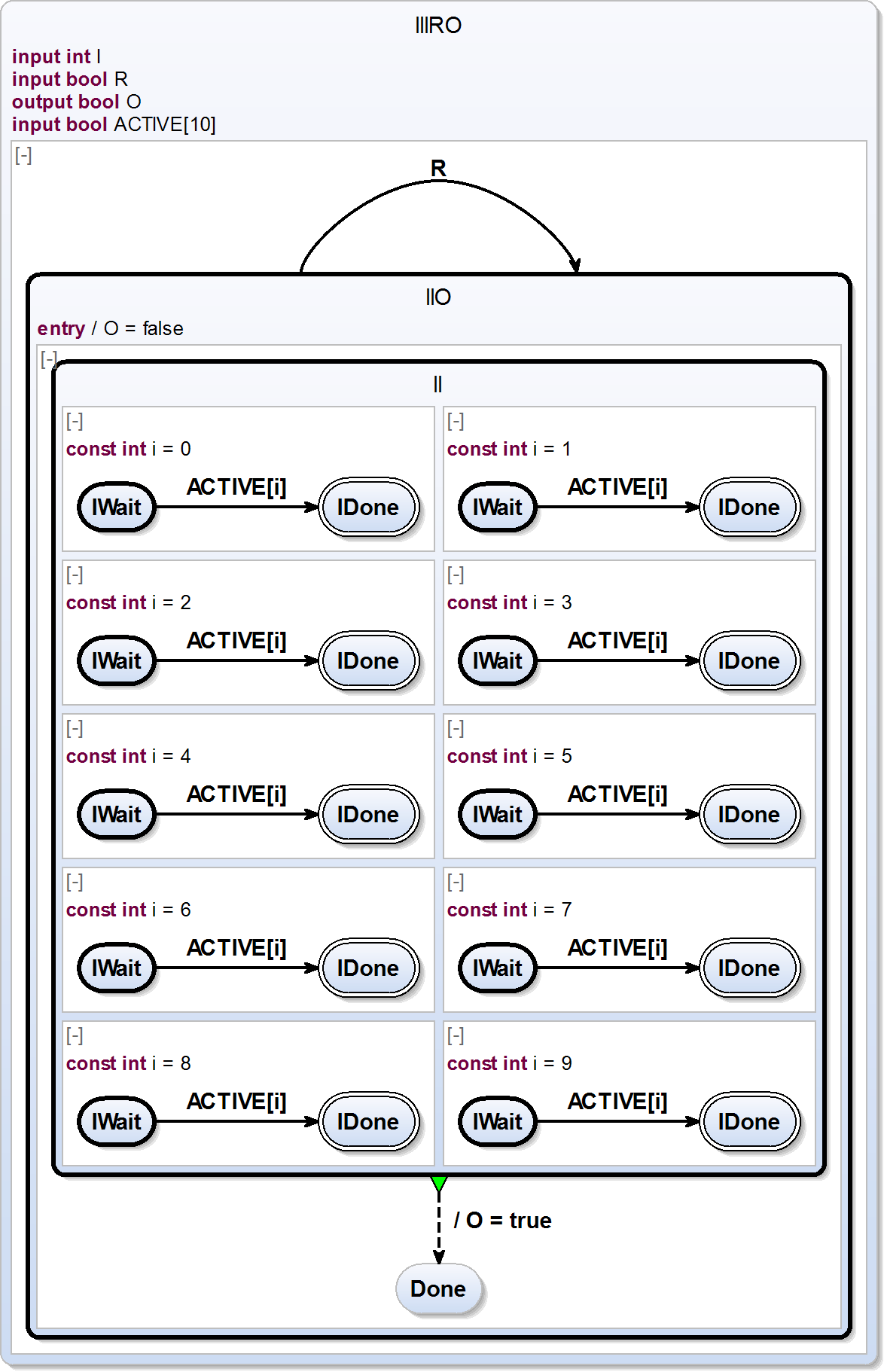 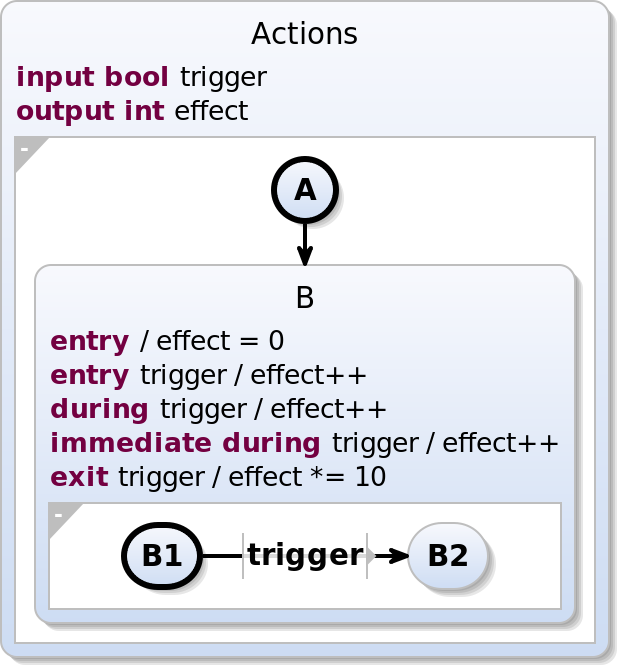 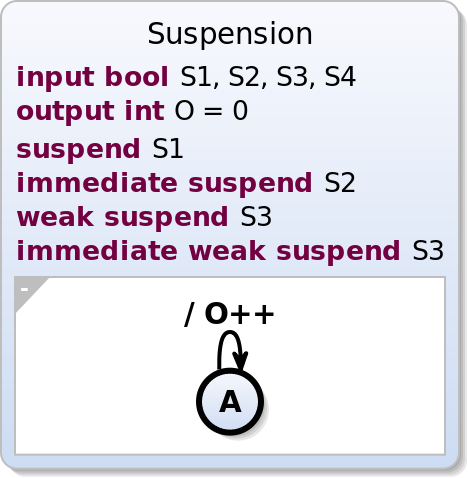 In a count delay transition, the transiton trigger has to become true multiple times before firing.

If a superstate is entered via a shallow history transition, the superstate continues its execution at the point it was left excluding deeper hierarchies.

If a deferred transition is taken in the current tick, the target state will be entered in the next tick.

Signals, as known from languages such as Esterel, are set to absent at the beginning of the tick. They can then be set to present during the current tick. Pure signals just know their activity state, whereas valued signals - in addition to their state also carry a value, which is persistent across ticks. 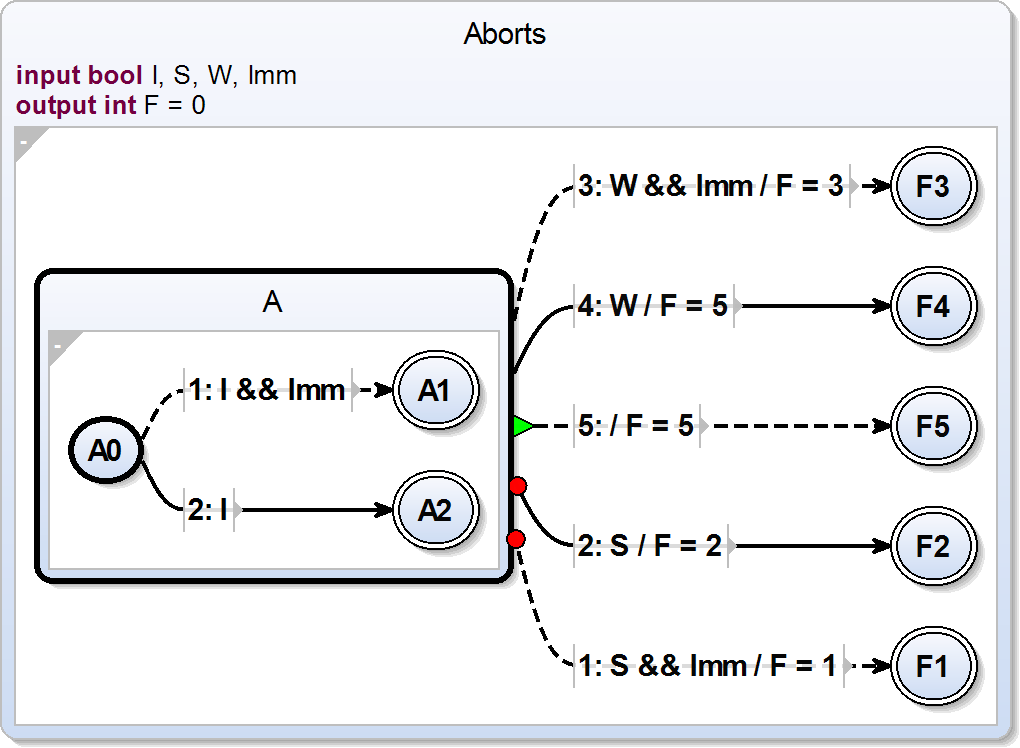 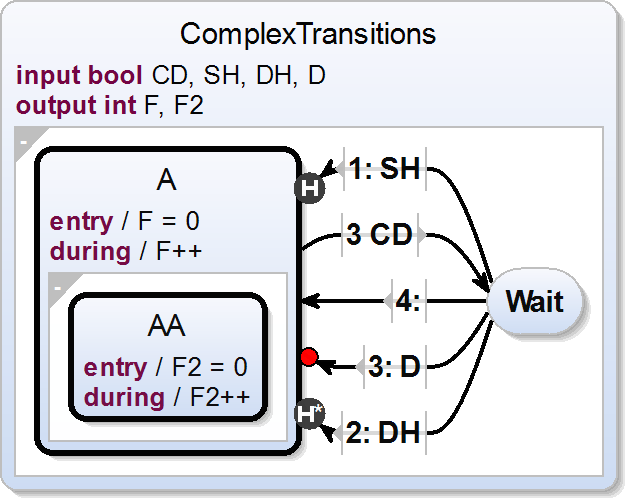 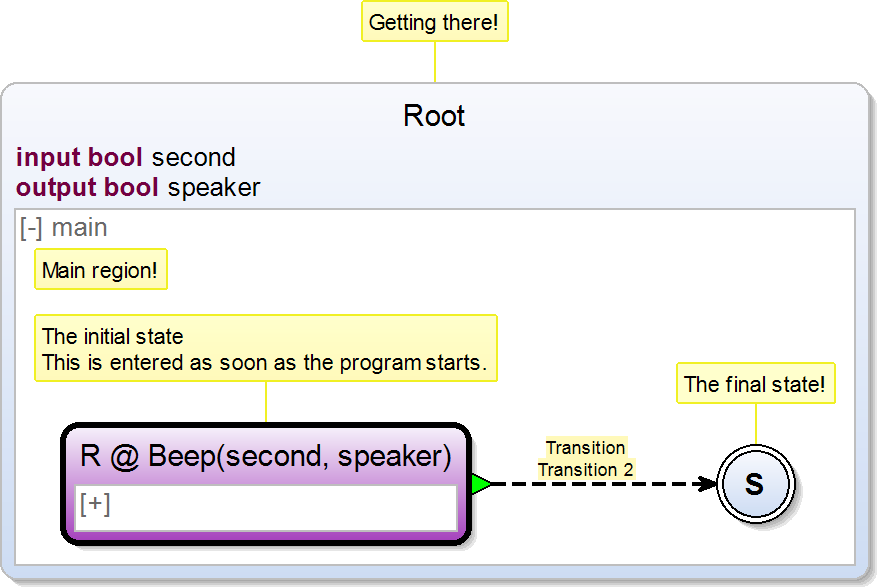 SCCharts support inheritance, similar to the concept of references.

Each root state can extend multiple base states (since the name super states is already used) by listing them after the extends keyword.

Declarations can have the private keyword to prevent extending SCCharts from accessing these variables.

Root-level regions of base states can be overriden with the override keyword and consequently replace the behavior by the new definition. Anonymous regions (defined without an ID) cannot be overridden.

Regions can also be references similar to states by using the is keyword. If the reference should refer to the implementation in the base state, the super keyword must be used. 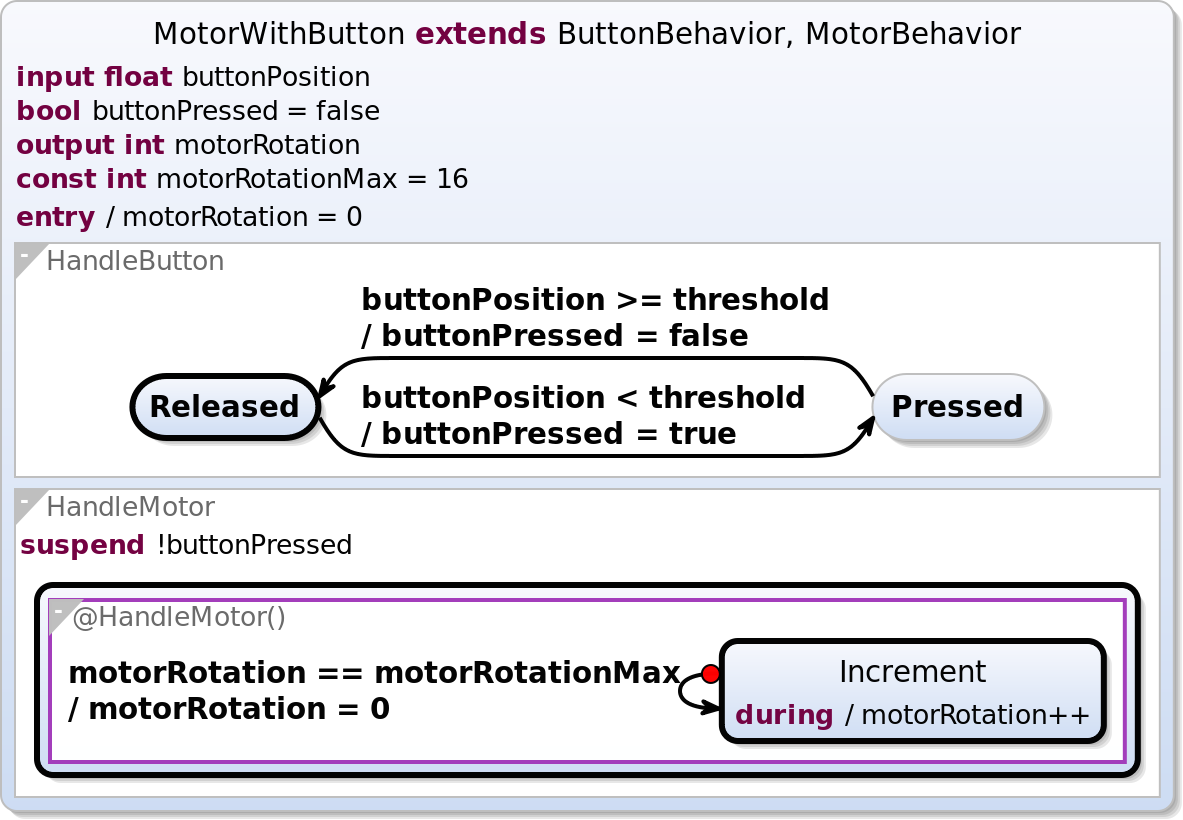 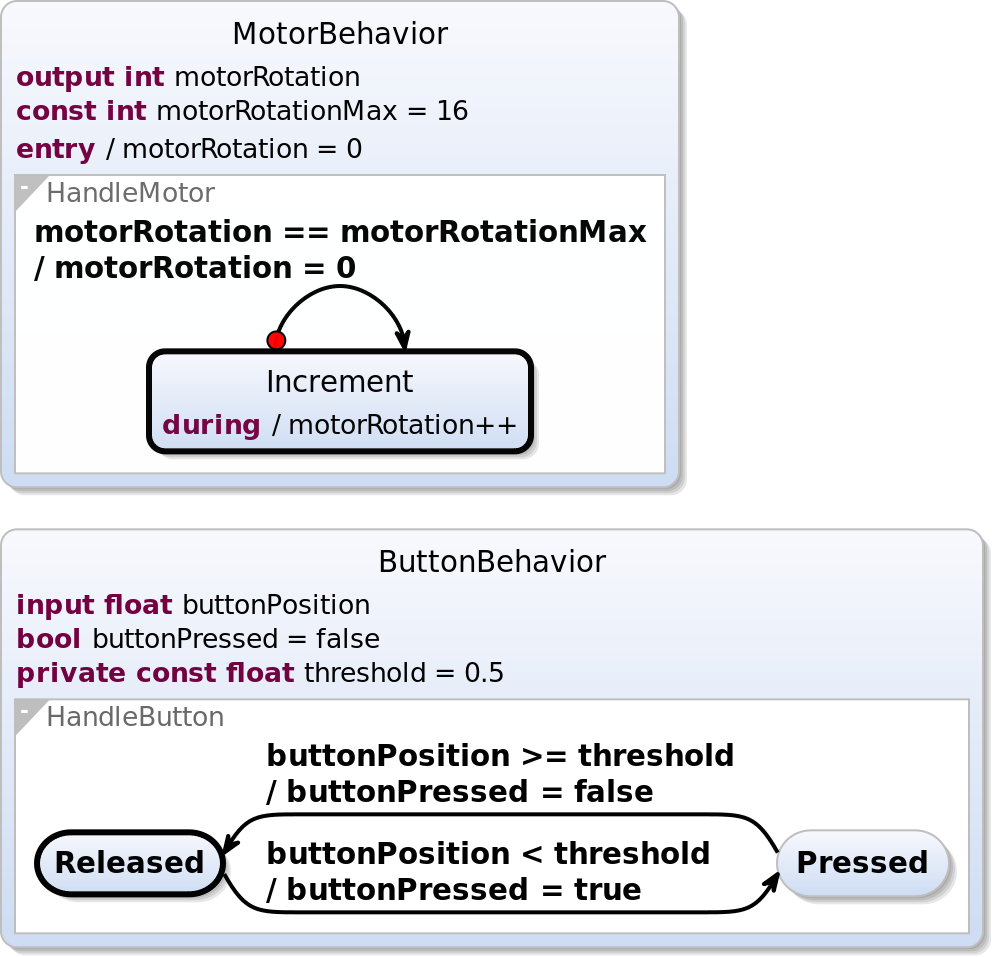 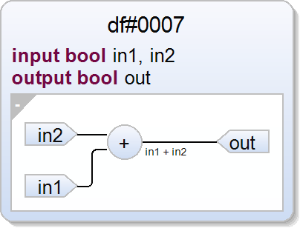 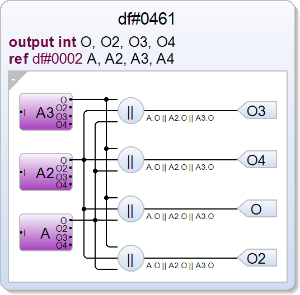 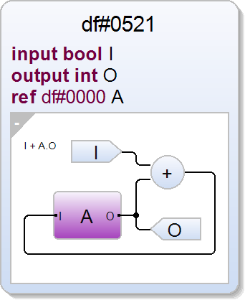 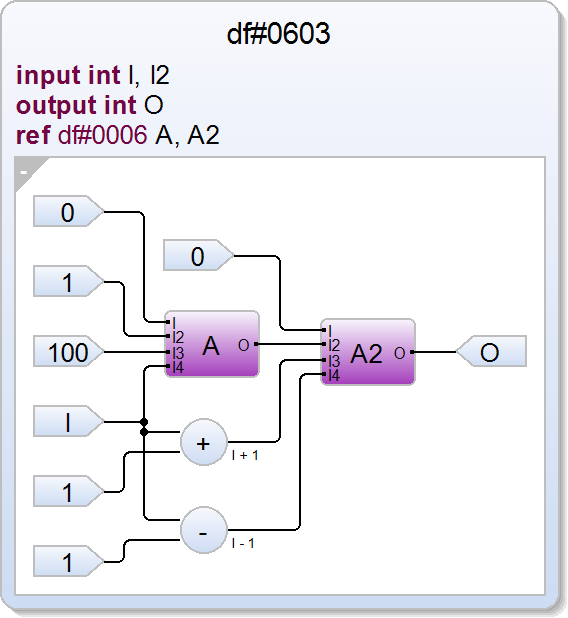 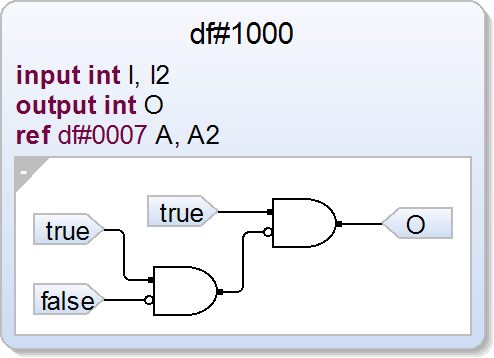 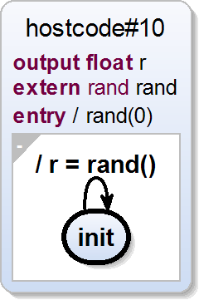 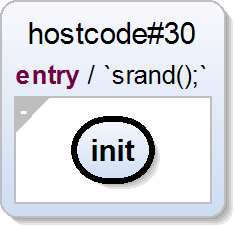 The textual SCCharts language supports several annotations to influence the visual representation of the model.

Annotation are processed in sequential order. 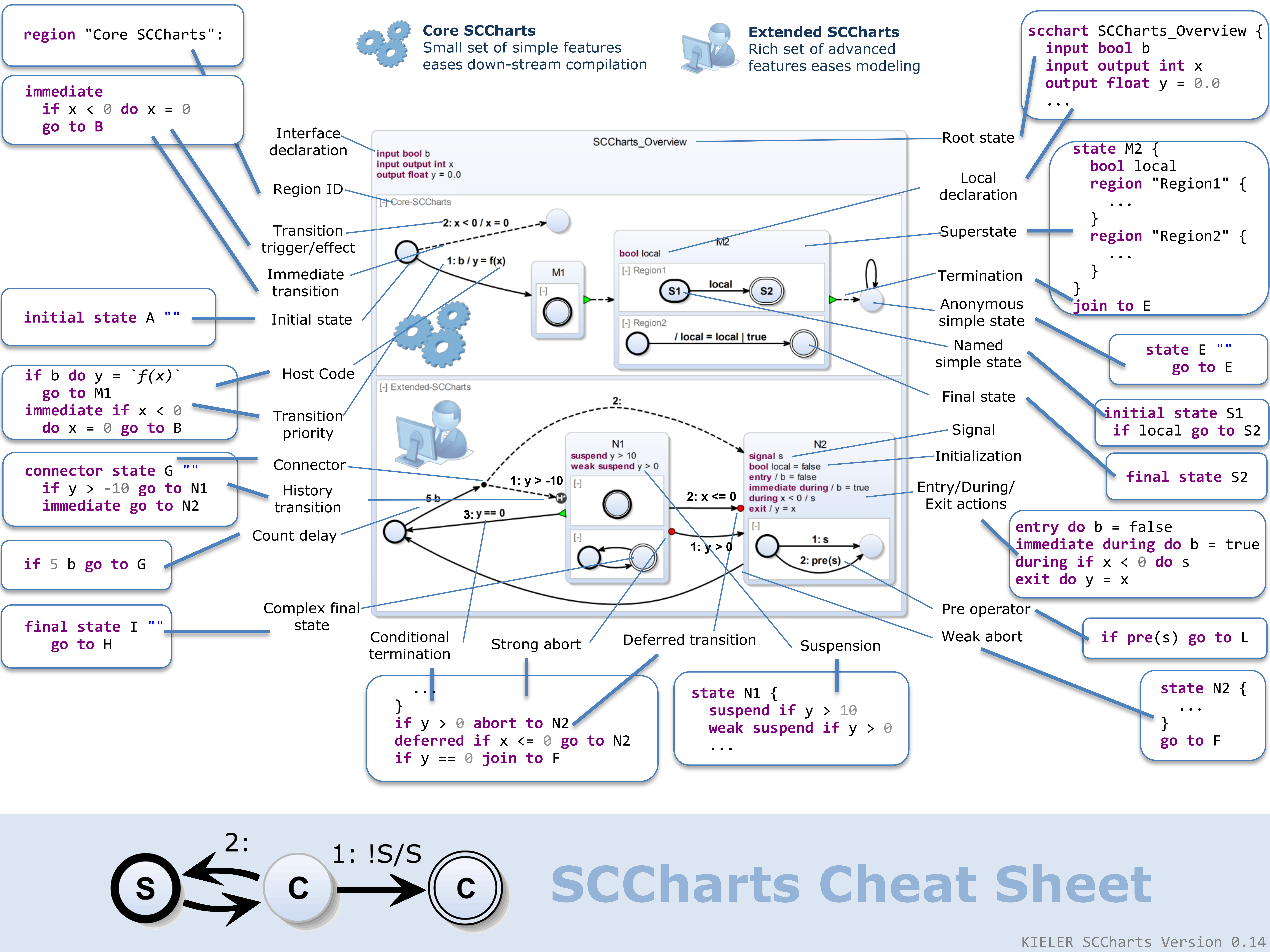