Since KIELER SCCharts version 0.13 textual SCCharts are no longer written in sct files but in sctx. These file extensions allow separation between the two syntaxes, as well as conversion of the legacy models. KIELER still has rudimentary support for this legacy syntax. When opening an sct file the editor and diagram view still work but shows warnings. None of the KIELER features, such as Compilation or Simulation support sct files.
However, in the context menu (right click) of an sct file there is an Convert to SCTx option to convert the file into the new sctx syntax.

In general, we advice to convert all sct into sctx. To ease this process the Convert to SCTx action can also be invoked on folders, resulting in a conversion of all contained (recursively) sct files. 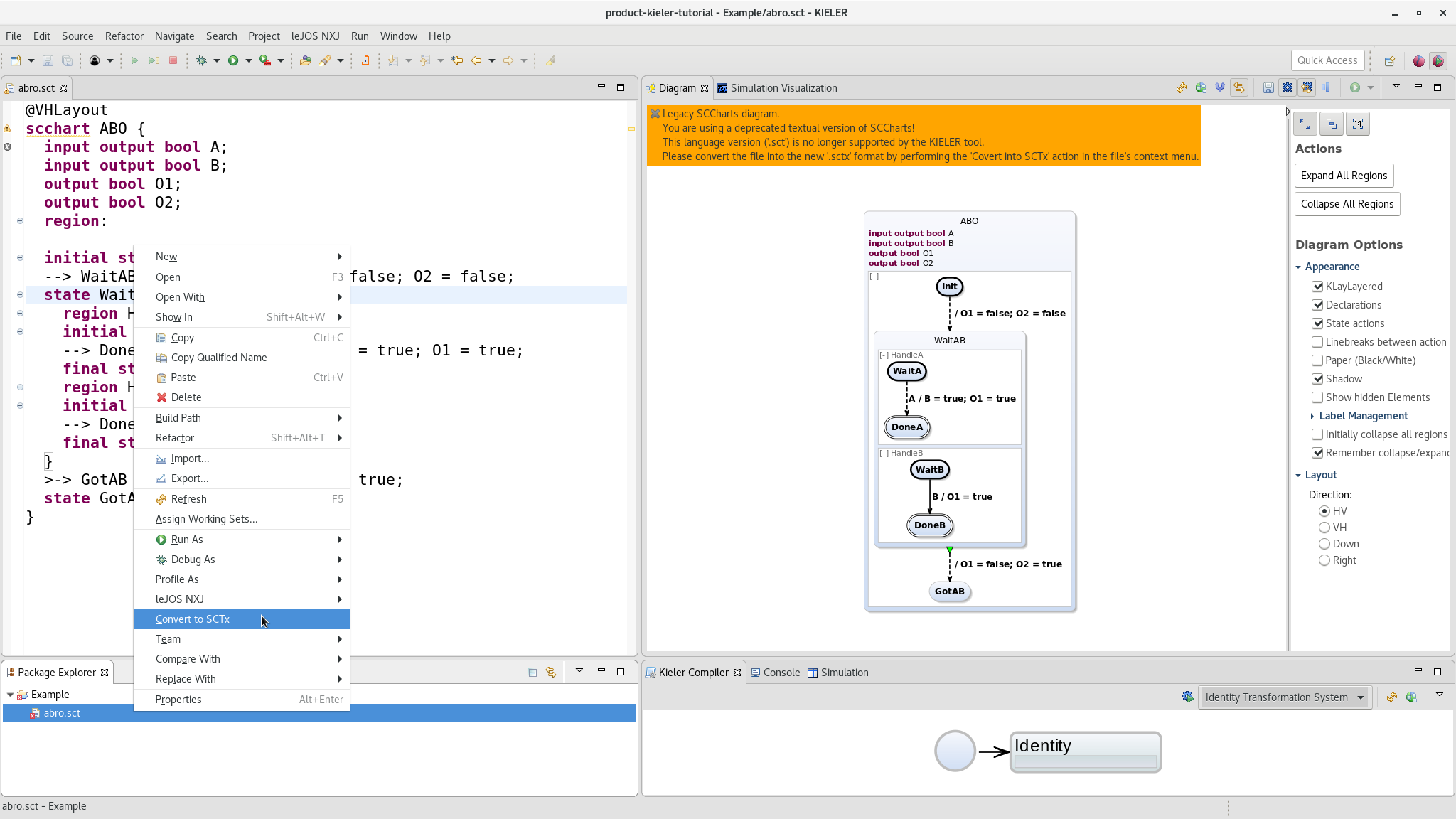