SCCharts [5] is a new visual synchronous language that is designed for specifying safety-critical reactive systems. SCCharts uses a new statechart notation similar to Harel Statecharts [3] and provides deterministic concurrency based on a synchronous model of computation (MoC), without restrictions common to previous synchronous MoCs like the Esterel constructive semantics [2].  Specifically, we lift earlier limitations on sequential accesses to shared variables, by leveraging the sequentially constructive MoC [4]. Thus SCCharts in short are SyncCharts [1] syntax plus Sequentially Constructive semantics.

The key features of SCCharts are defined by a very small set of elements, the Core SCCharts, consisting of state machines plus fork/join concurrency.

On the one hand this eases the compilation and makes it more robust because it reduces its complexity. On the other hand, using Extended SCCharts features, a modeler is able to abstract away complexity of his or her SCCharts model which increases robustness and readability of a model. This approach enables a simple yet efficient compilation strategy and aids verification and certification.

For our KIELER SCCharts implementation, you may also like to download an SCCharts Tutorial or the SCCharts Cheat Sheet.

The KIELER SCCharts Product includes the SCCharts editor and compiler. 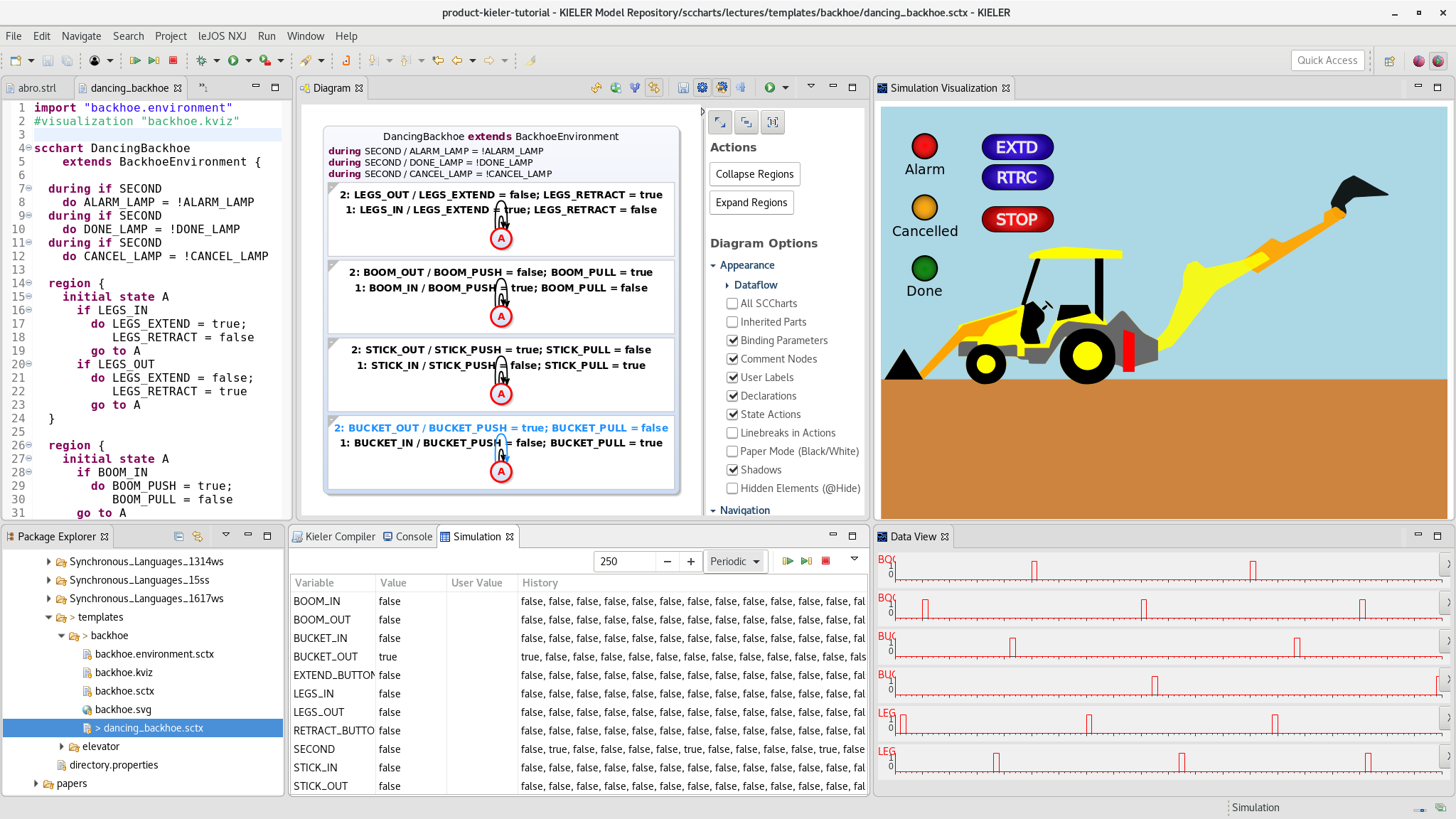 depending on the Mac OS version

In contrast to SyncCharts (see [1] Charles André) a signal (or variable) in SCCharts is allowed to be emitted with different values in the same macro tick (if the emissions are schedulable according to the SC MoC). The following example is forbidden in SyncCharts but not in SCCharts. 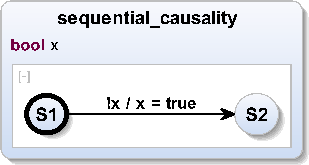 SyncCharts: x cannot be absent and present in the same macro tick.
SCCharts: Deterministic ordering possible: If x is false then take the transition and set x to true.

SCCharts can be modeled using our KIELER SCChrats editor and compiler (download). The modeling editor is a textual editor based on the itemis Xtext framework. The language used to model SCCharts textually is called SCT and documented here. A quick start guide introducing first steps from downloading over modeling to compiling SCCharts can be found here.